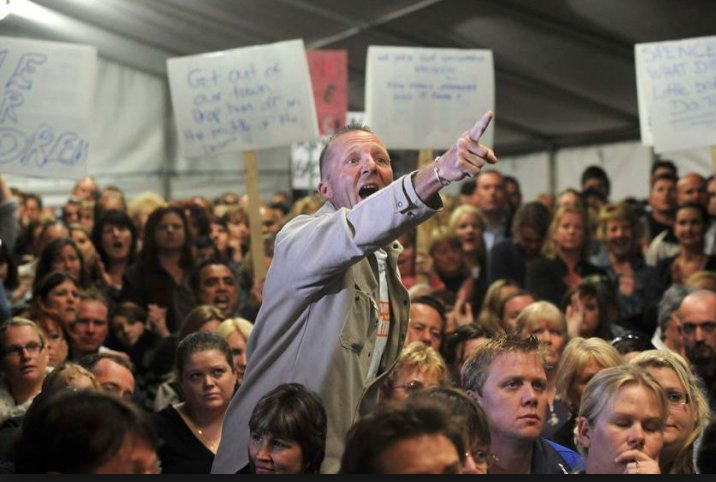 Do not turn your application into a Brexit debacle

Objections to planning applications tend to provoke reactions from weary amusement to downright exasperation. Just occasionally, a moment will arrive when objector and applicant compromise to create a better and more sustainable scheme.

Those are happy moments indeed, so how can we, as planners, make them happen more, and how can objections be turned to our clients’ advantage? A good starting point is found in the psychology of objectors themselves and their motivations.

The most powerful objection comes not from a ranting local busybody, but a co-ordinated, well informed and connected group. Specialist planning solicitor Martin Goodall points out, that a petition is usually a waste of time because the signatories are not treated as objectors by the planning authority. However, coordination and critical objector mass is important.

A campaign or alliance that does not dissolve or dissipate can seriously derail an application, especially in premium neighbourhoods where the influence and political sway of property owners is greater. Objectors of this type might be a group of neighbours, amenity groups or residents’ associations, or a broader alliance of these groups.

No group is completely homogenous, and a group represents its members, so it is worth breaking down who we are talking about.

There are broadly three categories of objector: firstly, there are the militant “unpersuadables” at the vanguard of a campaign of objection. At the other end are the “uninterested” who might have let their property or be otherwise absent.

The focus of an engagement strategy should be on the third group, in the middle, who might be persuaded to engage with improvements to the scheme or its execution. It is by reaching out to this group in a constructive way that common ground can be found.

What is the strategy?

So, the applicant has done all the right things: consulted, made a presentation and set out your scheme and spoken to all the right people, but still there is a solid raft of objections.

Because you are seeking to genuinely engage with a set of people who are prepared to listen, the solution may, ironically, be to encourage and educate them to object better. A good place to start is to ensure that they are objecting to the scheme itself (a legitimate planning objection) rather than the inconvenience of the build itself (not a legitimate objection). Once that distinction is clarified, it may be easier to allay concerns.

It is well to recognise that direct confrontation in any situation is rarely successful for either party, and it is also true that each side tends to adopt a very entrenched position. Acknowledging the concerns of interested parties, as well as a willingness to amend a scheme in response to legitimate concerns, often in relation to execution, might encourage objectors to be more measured in their objections. It would surely be helpful if objectors were given good information at an early stage, so their contribution can be constructive and easier to accommodate, opening up the possibility of locating that hallowed common ground.

• When objectors go in all guns blazing, it doesn’t work. Planning officers are often deluged with objections but only those reflecting genuine concerns will be taken on board. The objections must both relate to genuine planning issues and be relevant to the case under consideration.

• If you go about it the right way, and think about what it is you want, you might get it, or part of it, and affect an improvement. It is worth recognising that, like it or not, there is a housing crisis and an increasingly strong presumption in favour of development. In reviewing local housing targets, which probably aren’t being met, and local policy to enable the creation of homes, objectors may reluctantly realise that engagement is the better strategy.

• NIMBYs need a backyard and objectors generally are property owners. It might be worthwhile thinking about the greater good and the housing supply for the country.

• Stop and think about whether a development is genuinely going to have a negative impact on you. If so, refine these negative impacts until they are as specific as possible, and try to look past a flat rejection of the scheme itself.

• Even many sophisticated objectors make points that simply aren’t legitimate, and don’t apply in a given case, and in doing so discredit their objection. A classic case is a claim of loss of light from prospective developments that are too far away to have any significant impact.

• If a more considered and constructive approach is adopted, then developers will have more reason to engage with objectors at an early stage. If the approach is a brick wall, their opportunity to improve the scheme is lost.

The answer, as ever, is that it depends. There is an argument that opening the door to changes will only lead to an even harder push, not a real resolution. However, if agreement can be reached, it is surely the best way of minimising risk and producing a scheme that works for everyone. The difficult bit is to get the conversation started.

Certainly, developers should be prepared to amend proposals where genuine issues arise, and if they work hard they can find ways to minimise temporary disruption, which is often the real source of an objection. If the conflict and disarray of Brexit has taught us anything, it is surely that finding common ground saves infinite amounts of time, cost and heartache.